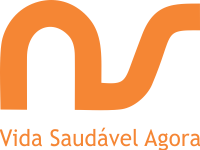 A systematic review on the herbal extract Tribulus terrestris and the roots of its putative aphrodisiac and performance enhancing effect.

Qureshi A1, Naughton DP, Petroczi A.

Tribulus terrestris (TT) is a dicotyledonous herbal plant of the Zygophyllaceae family. In ancient medicine, extracts of the aerial parts and fruits have been used for its diuretic, tonic, and aphrodisiac properties. Today, TT is widely used by athletes and bodybuilders based on the belief, fueled by claims in marketing information, that it can enhance testosterone concentrations. To assess TT’s effect on testosterone levels in human and animals, an electronic literature search out using seven databases and the patent database up to August 2013 was carried out. Randomized control trials, which included healthy human subjects ingesting TT as sole or combined supplement, along with animal studies with TT as a sole treatment across a number of species were included. Eleven studies met the inclusion criteria, including one patent application. The results showed that trials varied in duration, dosage and supplementation with TT as sole or combined treatment, rendering meta-analysis impossible. A limited number of animal studies displayed a significant increase in serum testosterone levels after TT administration, but this effect was only noted in humans when TT was part of a combined supplement administration. Literature available for the effectiveness of TT on enhancing testosterone concentrations is limited. Evidence to date suggests that TT is ineffective for increasing testosterone levels in humans, thus marketing claims are unsubstantiated. The nitric oxide release effect of TT may offer a plausible explanation for the observed physiological responses to TT supplementation, independent of the testosterone level.